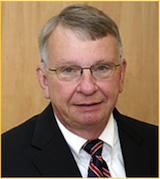 Dr. Merrell has had a long relationship with NASA as advisor in aerospace medicine and researcher in telemedicine. He was awarded the Public Serve medal by NASA on three occasions. He is also a frequent advisor to the Department of Defense regarding telemedicine.  Dr Merrell has established successful programs in industry and government in the field of informatics research. His innovative work in telemedicine includes early use of Internet telemedicine, sensor applications, transmission solutions and program design. His efforts in international telemedicine have led to significant programs in ten countries and extensive work in remote and hostile environments including Mt Everest, the Amazon and Africa. He has long been associated with telemedicine and surgical education programs. He is a member of the College of Fellows of the American Telemedicine Association.

As a surgical educator he has been recognized by the universities he has served and their students with many awards including the Kaiser Award at Stanford, the John McGovern award at the University of Texas Houston, and the Edward Storer Award at Yale.  At Yale he also founded the Yale Surgical Society. He has over 380 publications and serves on the editorial boards of several major surgical journals.  Dr Merrell was named to the Best Doctors in America list for the last decade of his practice. He is an editor-in-chief of Telemedicine and E-Health, an official journal of the American Telemedicine Association and the International Society for Telemedicine and e-Health.